Head injuries are prevalent causes of alterations of consciousness, disabilities, or death. Traumatic brain injury results from sudden trauma to the head. Most times, head injury ear bleeding is common. Other causes of ear-bleeding are infections and certain medical conditions.

Ear bleeding is any sign of blood in the ear or coming out of it. Ear-bleeding is a symptom of injuries and other conditions. Based on its cause, the patient may have other symptoms like ringing in the ear, hearing loss, ear pain, fever, etc.

Some common causes of ear-bleeding include the following.

Injury: Head injury ear-bleeding shows a potentially fatal issue. Hence, one must call emergency services or visit the emergency room immediately. Traumatic brain injuries are very sudden and violent. Any head trauma may lead to auditory pathway damage. This damage can occur anywhere from the outer ear to the brain’s auditory cortex. As a result, head injury ear-bleeding should get immediate medical attention. A head injury can further cause a variety of intricate symptoms. It includes hearing loss that is challenging to cope-with.

Even in a mild concussion, the injury can cause changes in the brain’s auditory pathway or lead to bleeding and damage in the ear. Some changes due to head injury are reversible; however, unfortunately, many changes are not.

Injuries that can lead to ear-bleeding include the following.

Ear canal injury: Any injury to the ear canal can lead to ear bleeding. Such injuries occur when a foreign object is inserted into the ear like an instrument, cotton swab, etc. Sometimes, an injury may damage the ear canal and leads to rupture or disruption of blood flow to the cochlear nerve. This trauma can lead to ear-bleeding and hearing loss.

Infections: Ear bleeding happens because of the middle ear infections if there is perforation of the eardrum. Sometimes, chronic bacterial ear canal infection can develop abnormal tissues that bleed. Polyps and cancer are other causes that can cause ear bleeding.

Complications because of ear bleeding

Bleeding from the ears does not necessarily lead to complications. However, the underlying reasons for the bleeding may lead to long-term issues. The eardrum acts as a natural barrier between germs, water, foreign objects, and the middle ear. Its perforation due to head injury may become infected, leading to head injury, ear bleeding, or permanent hearing loss.

Common complications of head injury ear-bleeding cause permanent damage including,

If the bleeding cause is not clear, the doctor can use an otoscope to look for debris, potential damage, or other reason. In mild and moderate head injury, the doctor will ask for complete medical history and monitor the patient for any consciousness changes.

After the diagnosis, the treatment of ear-bleeding addresses the underlying cause. Once the cause is treated, ear-bleeding automatically stops over time. In a head injury, ear-bleeding patient of concussion and a ruptured eardrum, watchful waiting is the best treatment. The doctor monitors the bleeding and reports the changes to offer any additional treatment if needed.

Antibiotics are prescribed if any infections occur in the ear after the head injury. In mild head injury cases, over-the-counter pain medications are suggested to ease the discomfort or irritating pain sensation from infections, ear damage, or pressure problems.

Causes and Treatment of Back of Head Bump 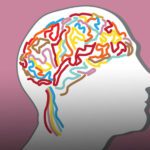